Wholly is a complete visualization of the Grail quest database addon as it relates to the player. It shows a panel with quests conveniently separated into zones and indicates their status. Quests can be filtered so only those that need to be completed, etc. appear. Wholly also shows pins on the world map for locations where quest givers appear, and the pins are similarly colored based on their status.

Please help with localization if you can. 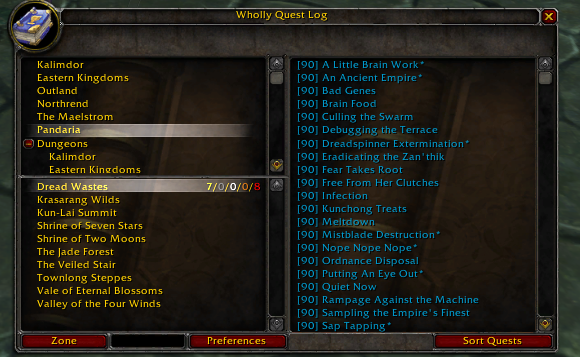 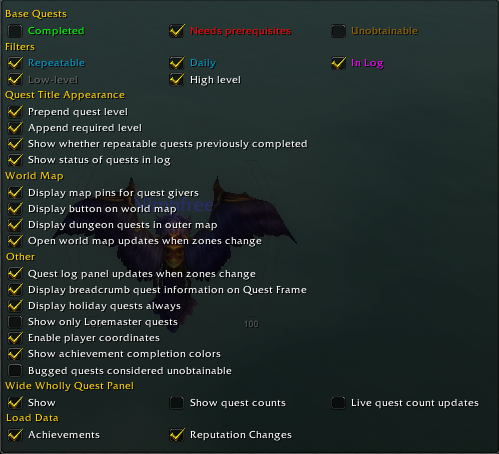